This is Florida Gators Head Coach, and Gator Legend, Amanda Butler from the SEC Womens Basketball Tournament vs. Mississippi State at The Arena at Gwinnett Center in Duluth, Ga.

A lil bit of smack talk to all you other schools out there..

OUR COACH LOOKS A HELLUVA LOT BETTER THAN YOURS! 🙂 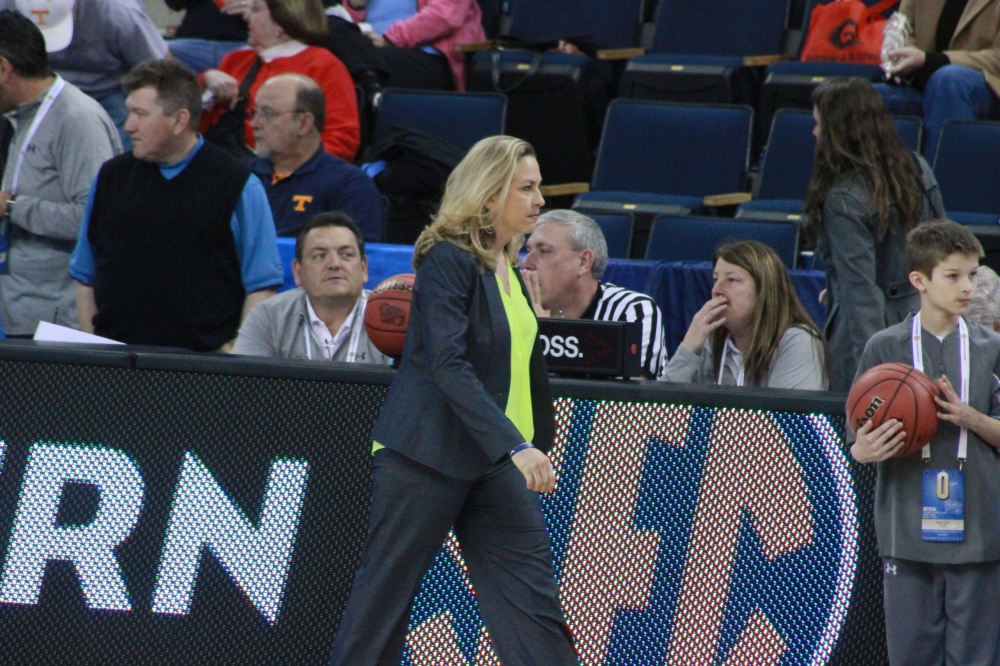 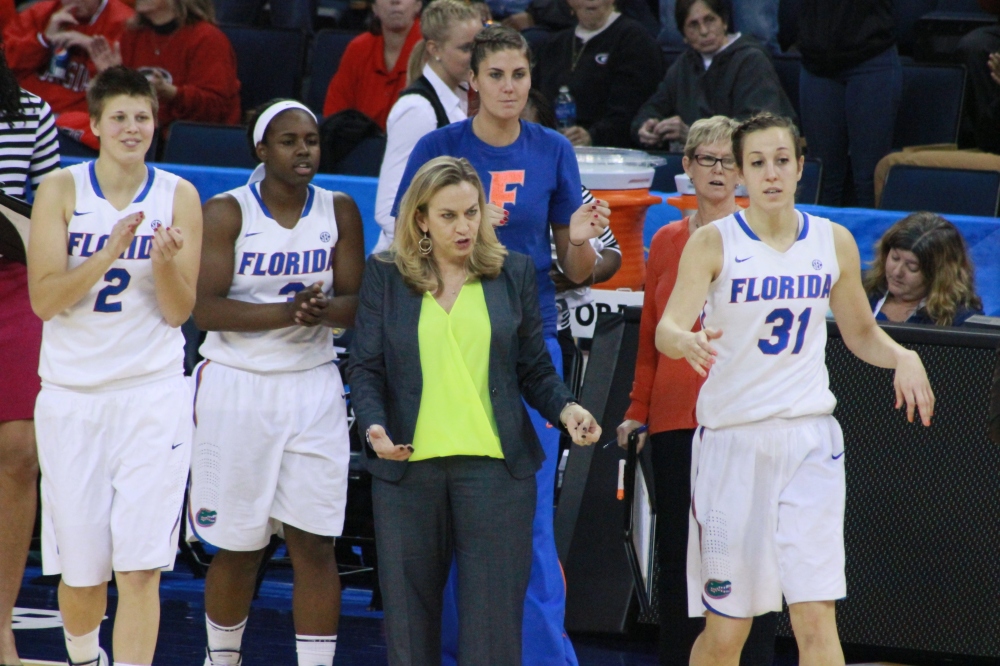 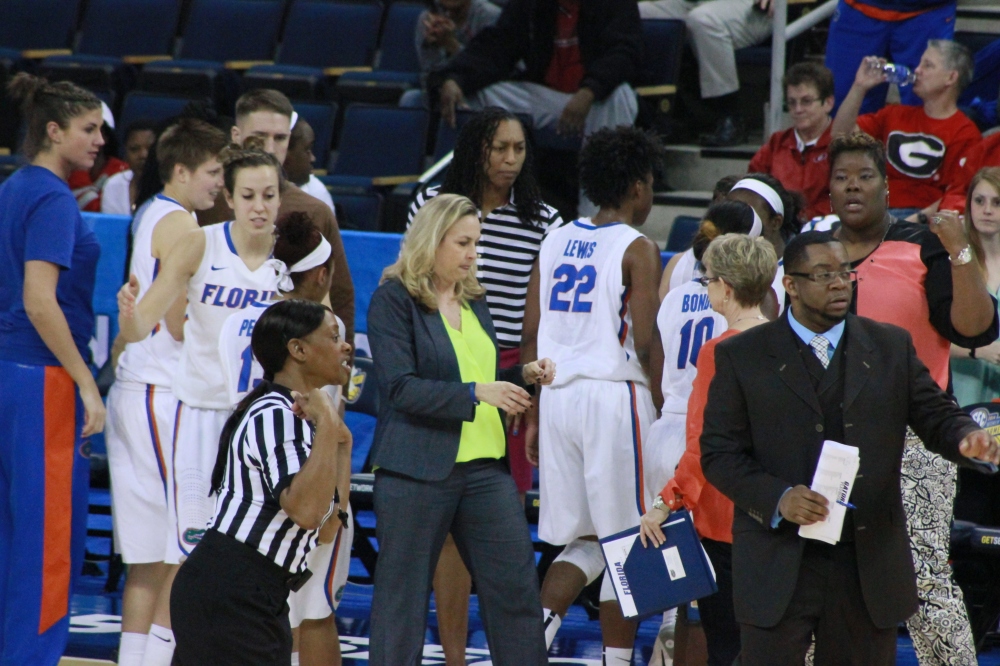 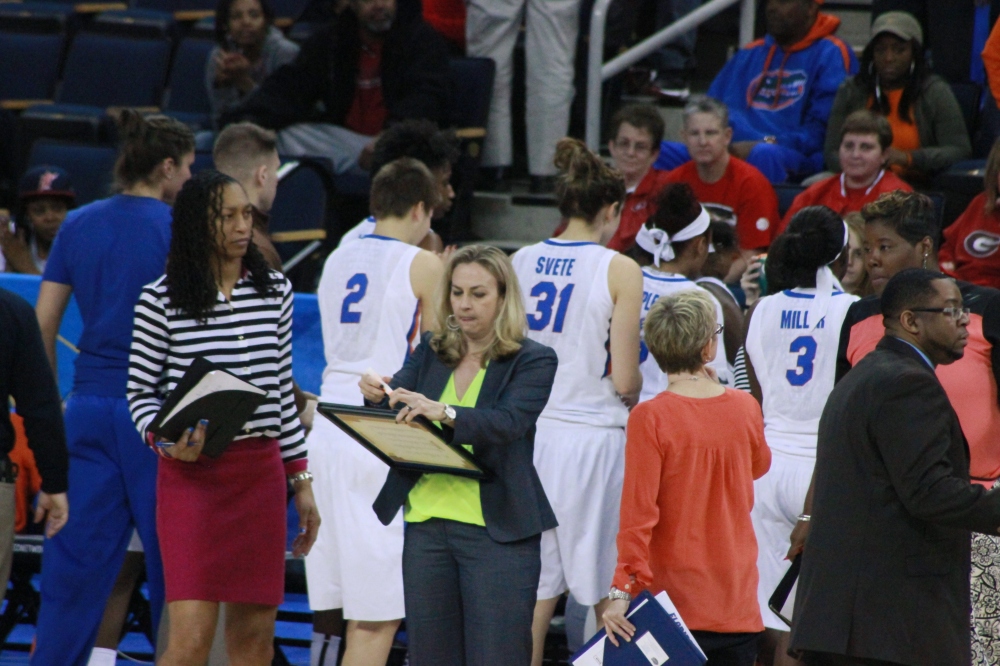 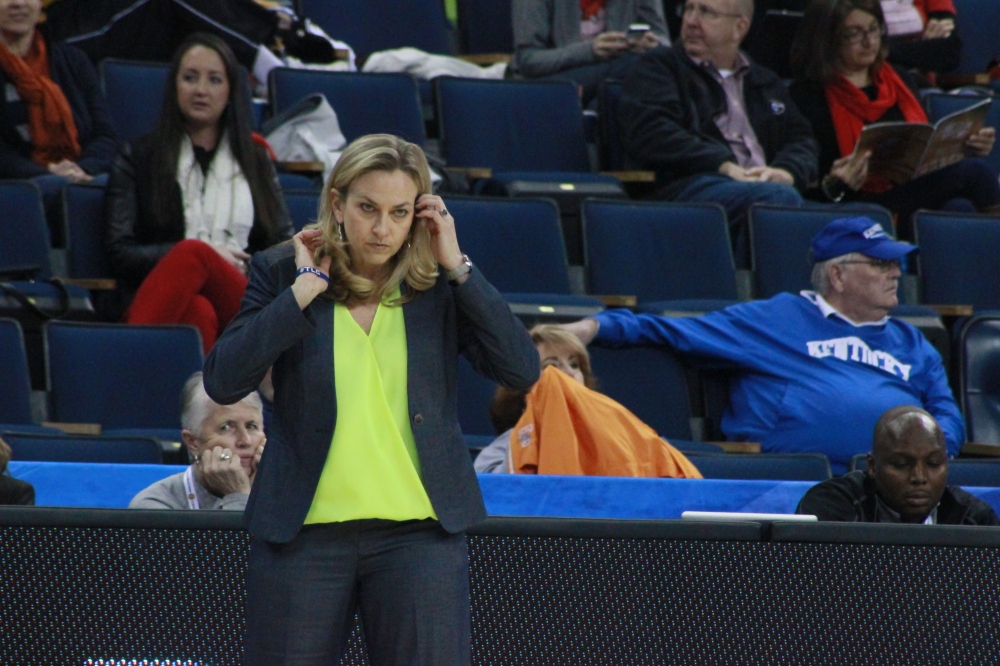 Coach Butler was not all too pleased with a turnover

Coach had a few things to share with the refs in these next two shots. 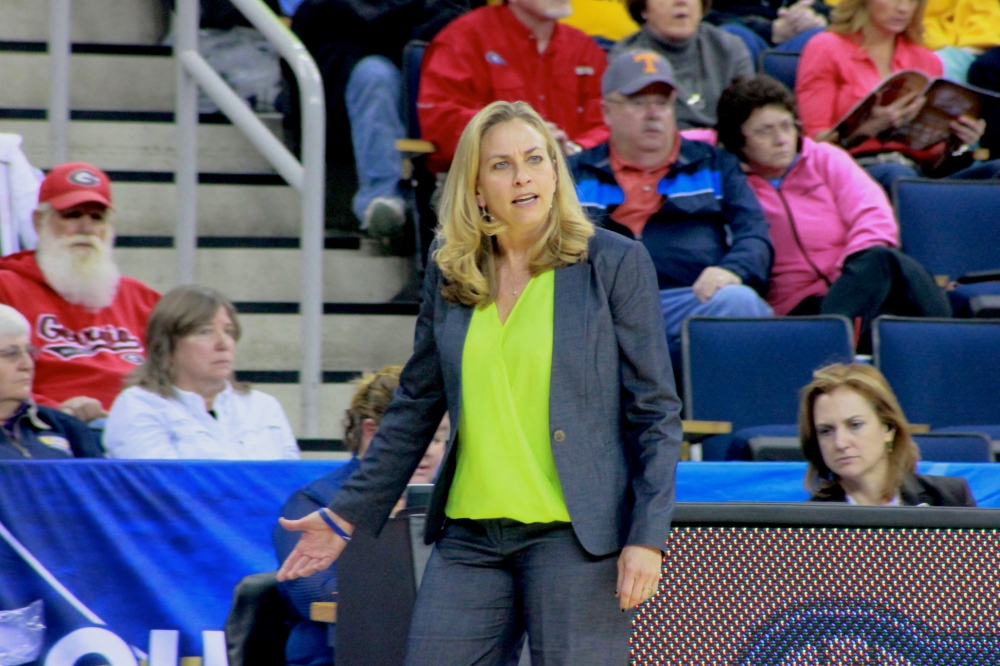 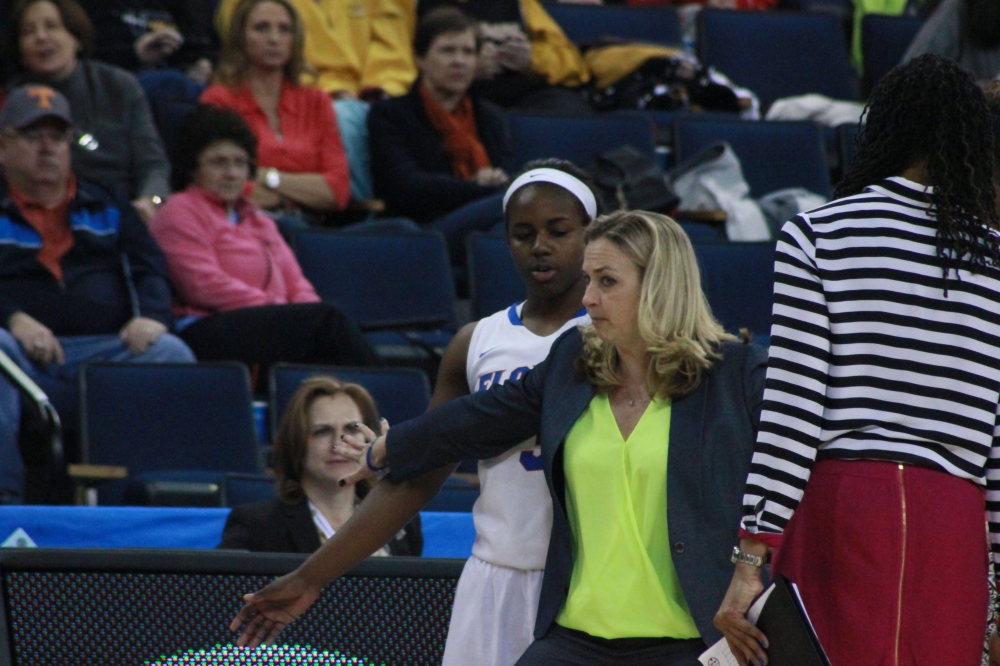 Coach was serenaded with “Happy Birthday” by the UF Gator Band as she was exiting the floor after a nice victory.